How an Indian-American from Kentucky became a Mexican chef 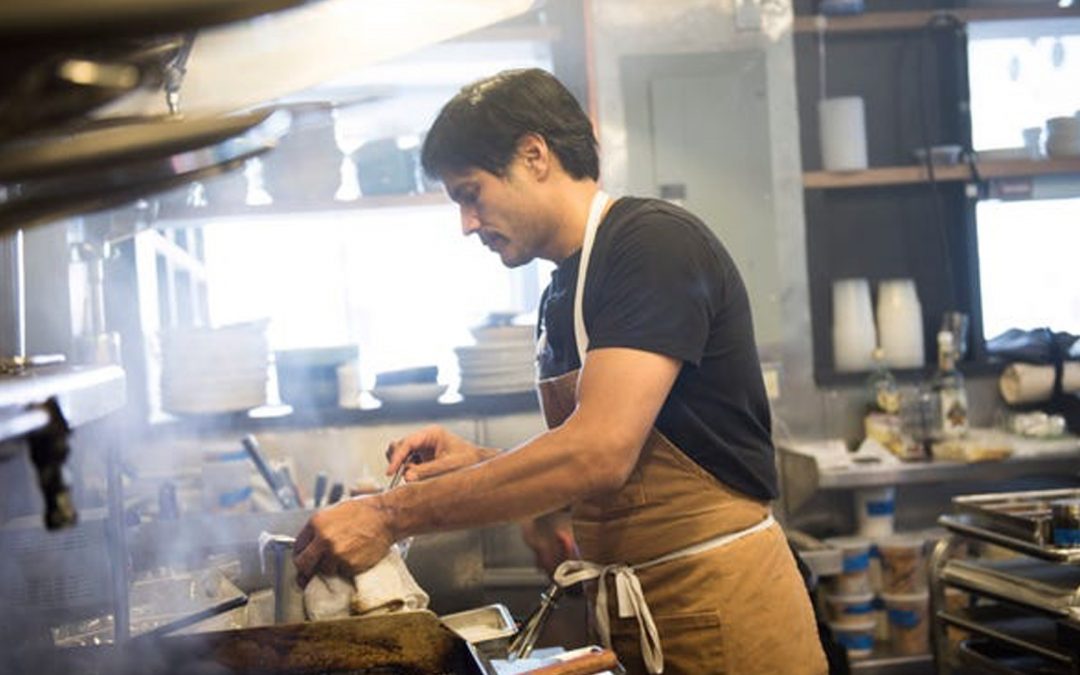 Louisville, KY, is the earliest place Akhtar Nawab can remember. He still feels rooted to the city, even though growing up there the chef knew only one other Indian family.

“There is a real truth to Southern hospitality,” Nawab said. “I always felt comfortable there.”

Nawab has a kind face, which makes him look a decade younger than his 47 years. His hair is mussed, but also trimmed as neatly as ruler. When he talks, he ticks off points on his hands.

Some of the first moments he can remember are cooking roti, korma and chana dal at home with his mother.

Yet today Nawab, who was a protege of “Top Chef” star Tom Colicchio and a mentor to chef David Chang, cooks Mexican food.

Growing up Indian in Kentucky

How did an Indian-American chef from the South come to cook Mexican?

Everyone else in Nawab’s family — his father, mother and his older brother — was born in India. Nawab, though, was born in Wisconsin, where his father, a doctor just like his own father, was on a fellowship. A few years later, the family settled in Louisville.

“There were challenges growing up a little different,” Nawab said. “My mom’s clinging to heritage and culture, whereas I’m being introduced to an American one, which is the polar opposite of a conservative Indian lifestyle.”

Nawab’s family was stricter than the others around him. His parents grew up in India when the British ruled and demanded discipline, and they carried some of that attitude to the United States. He hungered for hamburgers, fries, cheese grits and Kentucky hot browns, while his family ate korma and biryani.

“Indian is a highly aromatic, pungent, stick-to-your-clothes kind of food,” Nawab said. “It wasn’t something at a young age I was particularly proud of, because it just made me feel different.”

When high school was over, he went to Illinois for college. He was going to study business. He was doing what he thought was expected of him. He lasted a year before dropping out and coming home to Louisville.

“I’m not exactly sure what my path is, but I know this isn’t it,” he thought at the time.

At a point where he didn’t know who he should be, he discovered cooking. And everything changed.

Nawab got a job at a Louisville restaurant called Ditto’s Bar and Grill. The chef was classically trained, and he took an interest in Nawab.

“God bless him for putting up with me at that age,” Nawab said.