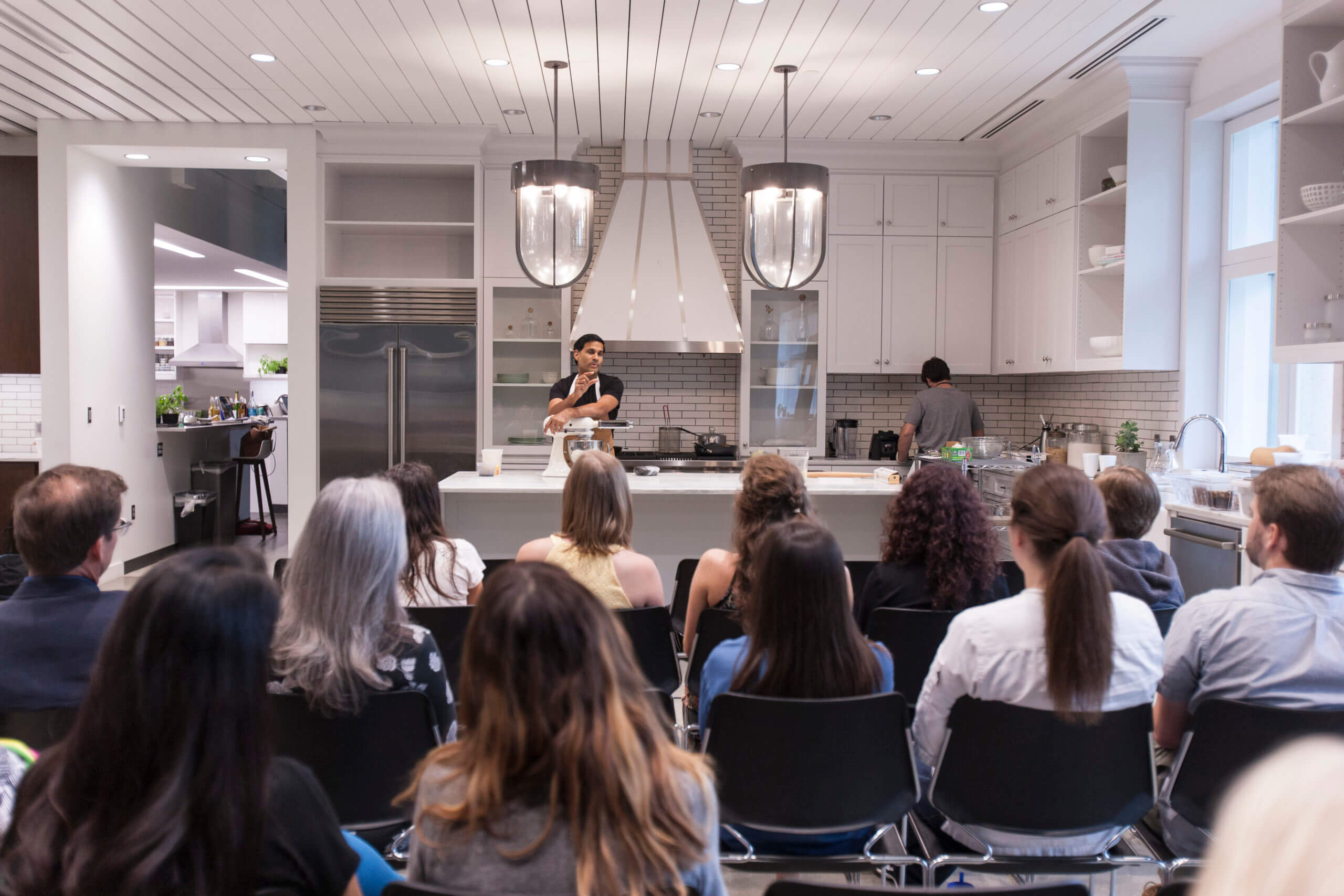 Nawab’s ‘less-is-more’ style of cooking has earned him critical praise throughout the years, beginning with his experience in the kitchen at acclaimed restaurants like Gramercy Tavern, Craftbar and Craft. The latter received three stars from The New York Times and won the James Beard Foundation’s “Best New Restaurant” Award during Nawab’s tenure. Nawab received StarChef’s “Rising Star Chef” award while serving as executive chef of East Village gastropub The E.U., before striking out on his own as chef/partner in Elettaria in 2008. Shortly thereafter, he found himself gravitating towards Mexican cuisine and took the helm at popular NYC hotspot La Esquina. In 2017, Nawab opened his innovative Mexican restaurant Alta Calidad in Prospect Heights, Brooklyn, which earned a Michelin Bib Gourmand rating in 2018 and 2019 and continues to thrive as a neighborhood mainstay.

Nawab has been featured in various publications including Food & Wine, Bon Appetit, USA Today and Eater, and has appeared on NBC’s “TODAY Show,” CBS’s “This Morning Saturday,” PBS’s “Simply Ming,” as well as Food Network’s “Iron Chef America” and as a regular judge on “Beat Bobby Flay.” He has also been featured in the acclaimed cookbook Coco: 10 World-Leading Masters Choose 100 Contemporary Chefs (Phaidon, 2009) and J’aime New York: 150 Culinary Destinations for Food Lovers (Ducasse Books, 2012), and has just released his own cookbook, Good For You: Bold Flavors with Benefits (Chronicle Books, 2020). Good For You embodies Nawab’s passion for healthful, delicious cuisine, showcasing his trusted repertoire of wholesome recipes influenced by international flavors and refined by decades of professional training.

Michael is Co-Chief Executive Officer of Hospitality HQ and brings decades of operational expertise to the team. Michael has worked alongside some of the world’s most renowned chefs, restaurants and operators including David Chang’s Momofuku Ma Peche (awarded two stars by The New York Times), as well as design firm AvroKo’s PUBLIC (one Michelin star) and Saxon + Parole (awarded one star by The New York Times).

In 2017, Michael opened Alta Calidad with his partner, chef Akhtar Nawab, and has been instrumental in growing Hospitality HQ from a single restaurant into a diverse portfolio of food and beverage business. Michael’s range of operational experience spans from fine dining to fast casual restaurants, hotels, food halls and beyond, affording him the unique ability to create dynamic and memorable dining experiences for guests in any environment.

With over 13 years of experience in HR, Jane Hahn is a results-focused leader who delivers talent acquisition, retention and strategic solutions that help harness the full power of one of their most valuable assets – their people. She is dedicated to creating robust cultures that promote continuous business growth and cultivate employee loyalty by empowering and motivating employees to realize their full potential and bring their best to the job. Having started on her career path with Great Wolf Lodge, she spent multiple years in customer service-centric roles, learning the importance of communication, collaboration and teamwork for the business while studying for her graduate degree.

Jane was named manager of the year in 2012 by her colleagues, which solidified her passion and love for HR. Jane is no stranger to start-ups and building the HR department from the ground up. She has assumed many roles throughout her career and helped multiple companies surge to becoming a great place to work. Jane’s range of experience spans from hospitality to healthcare to non-profit organizations. Jane has an MBA with a concentration in Human Resources Management from Franklin University in Columbus, Ohio. Throughout her career, she has been a leader and a member of a number of professional and community organizations and boards, including the SHRM Lorain Chapter, Sandusky Safety Council and HR Association at BGSU Firelands College.

Born in Mexico, Edgar is a graduate of the Culinary Institute of America with a Pro Chef Level II certification from the same institution. Winner of various medals and awards in cooking team competitions with ACF and the private sector, he has earned various leadership and safety awards.  Chef Edgar’s background includes extensive menu development and training, which was largely honed during his time as Head of Culinary Consulting for Aramark’s Higher Education Division.

As Culinary Director of HHQ, Chef Jin oversees all aspects of the company’s culinary management and growth. Prior to joining HHQ, Jin spent time in some of the most respected kitchens in the country, including Eric Ripert’s, Le Bernardin (Three Michelin Stars), Tom Colicchio’s Craftsteak at the MGM Grand, Gelso and Grand with consulting chef Akhtar Nawab, and spent six years at Gabriel Stulman’s beloved Happy Cooking Group (Fedora, Chez Sardine, Bar Sardine, The Jones).

Jin has worked in restaurants for as long as he can remember, his first job was at an Italian restaurant in his hometown of Tenafly, NJ., answering phones. He attended culinary school at Johnson & Wales University in Providence, RI. During school, he worked his way around the restaurant scene in Massachusetts and Rhode Island and  interned with local specialty vendor,  Sid Wainer & Sons, furthering his knowledge and respect for cooking with local ingredients.

As HHQ’s Area Director, he oversees our food hall operations and evaluates each location’s critical business requirements, identifies deficiencies and potential opportunities, and oversees innovative and cost-effective solutions for enhancing competitiveness and profitability.

Rod has helped many multinational companies scale their brands. Prior to joining HHQ, Rod held Director level roles with popular international brands including Raising Cane’s and Dunkin. Before leading these companies, Rod was CEO for Donato Restaurant Group and owned and developed numerous restaurant concepts of his own.

Prior to joining HHQ, Evan worked with Potbelly Sandwich Works where he implemented new sales growth strategies at several locations in the Chicago market and later founded Sideways LLC, where he  orchestrated a multi-unit franchise development deal with Potbelly Sandwich Works. He also spent time at  Hyatt Hotels where he worked his way up the ranks managing multiple properties across the Midwest.

Evan has been working in the restaurant business since he was fourteen years old. Originally from St. Louis Missouri, he later studied at the University of Nevada Las Vegas William F. Harrah School of Hospitality Management.